This is a garden in SE6 I have been working on since 2010, 2 hours per week on a regular basis.

It has a few users, but the main client is interested in a fairly orderly space to relax plus food growing area. Client is supportive of/interested in Permaculture and Organic gardening.

Background and base maps 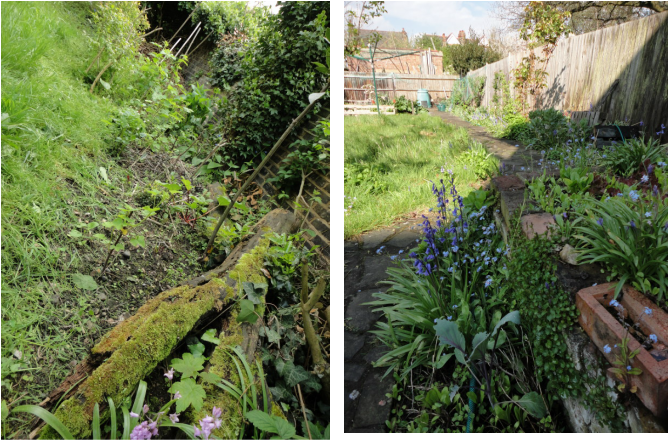 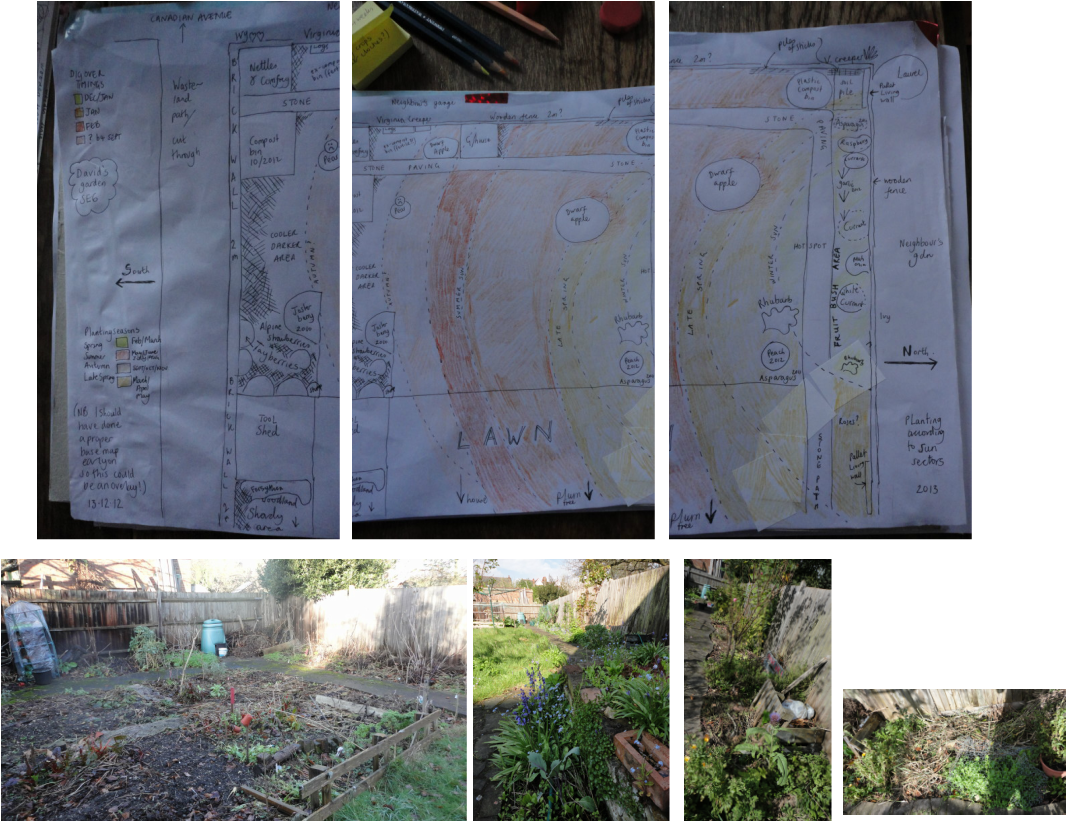 This is not to scale but shows where things already are and where the sun is expected to be at different times of year.
description /site survey 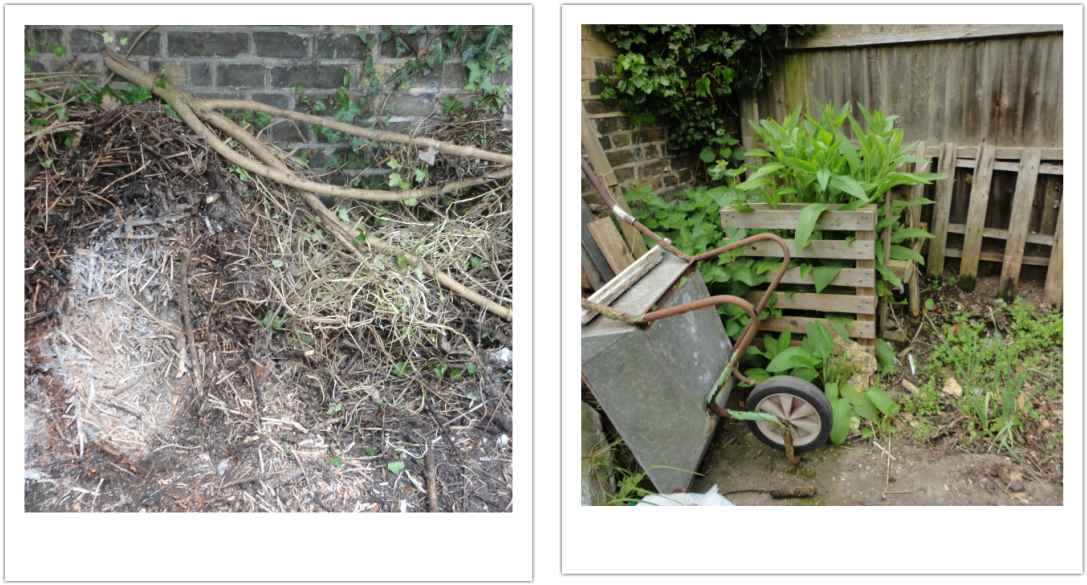 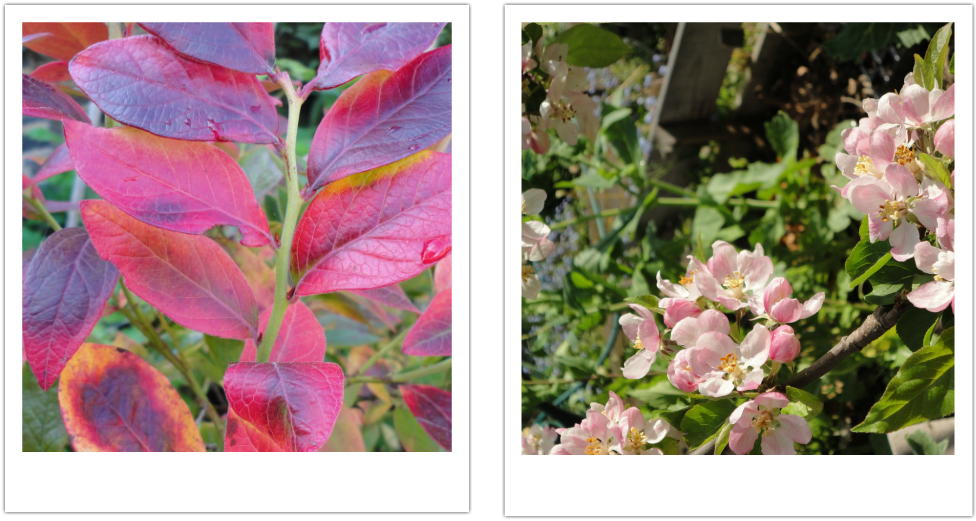 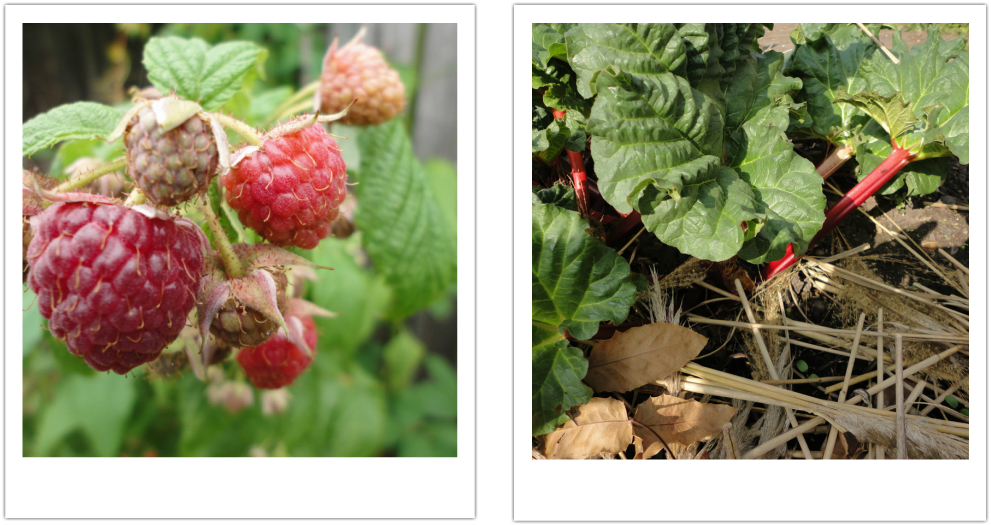 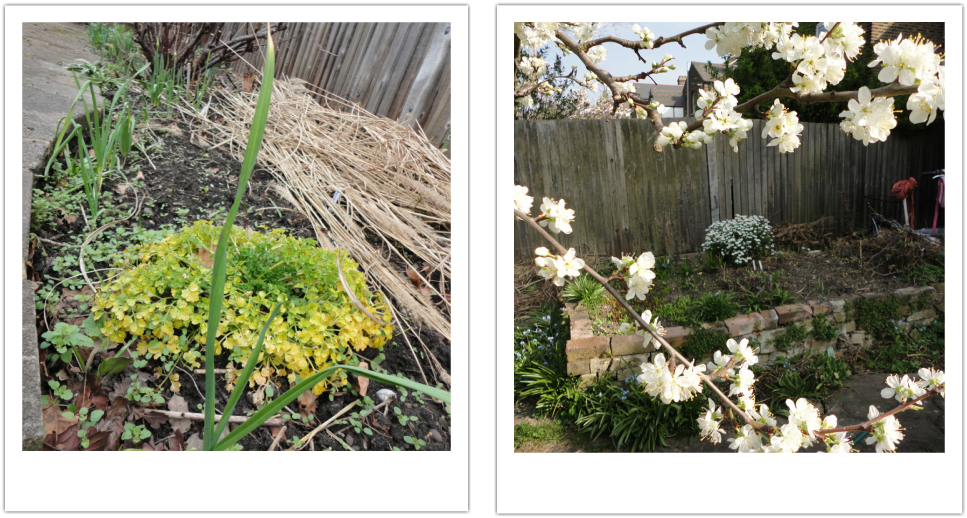 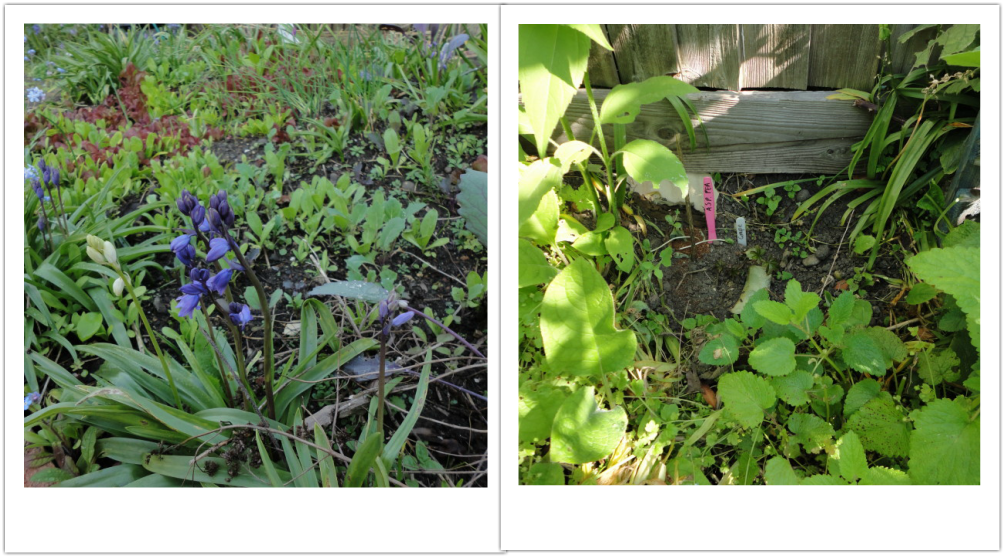 Bluebells that grow like weeds! Plus rampant lemon balm and green alkanet 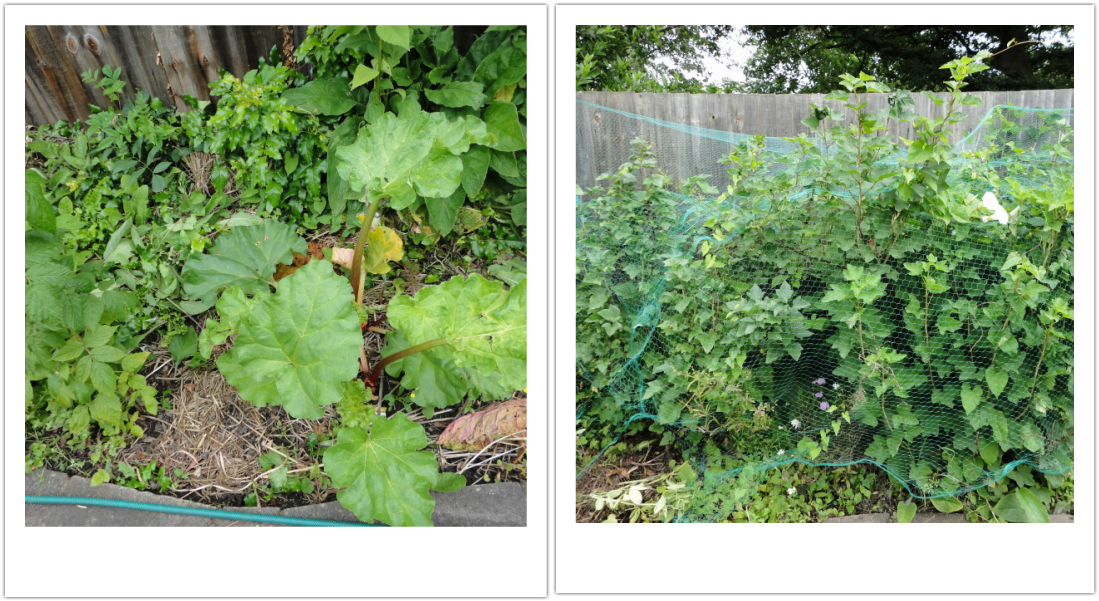 Overgrowth of untended areas especially after a drop of rain! or alternatively, exposed dry beds in times of drought. 2 hours a week is often not enough during the growing season.

Mulching examples - there's always a lot of rhubarb so the leaves make a good ground cover as well as Jerusalem artichoke stems and grass cuttings from front garden. 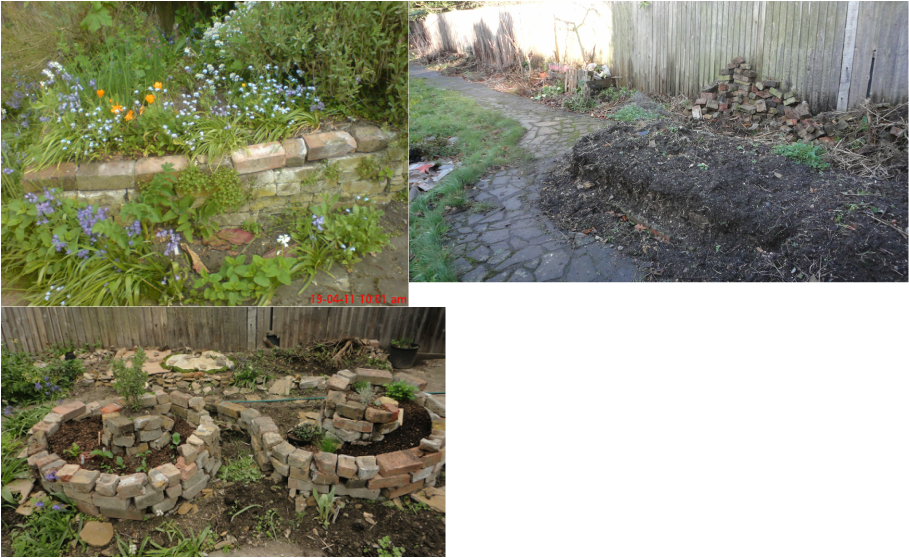 The herb bed was overgrown and weedy so after dismantling it, I used the bricks to make a double herb spiral, which I planted in April 2013. 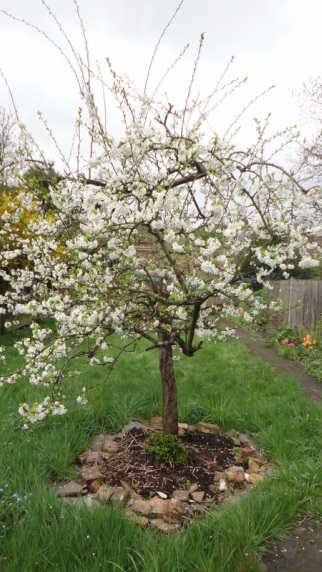 The other bits and pieces of broken concrete (ex-foundations)
I used to make a border round the plum tree for easier mulching
and also to create a meditteranean bed behind the herb spiral. 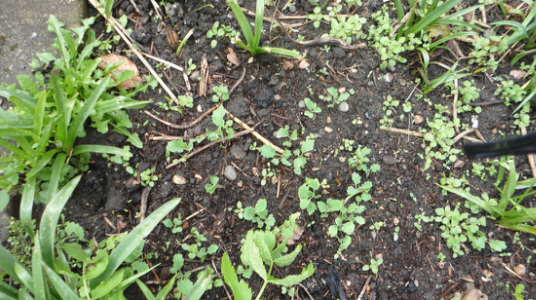 I didn't want to waste them so I replanted  them in a row near garlic.